Menu
Back to all

As Pan American’s renovation and maintenance capabilities continue to grow, so does the talent of our team. We are proud to announce that Josh Stofle has joined Pan American as our new Director of Maintenance and Renovations. We interviewed Josh at the beginning of his career with the company to learn about his previous experience, and how he plans to apply it to his new position.

A renovation professional with deep experience

Josh Stofle is no stranger to the construction and renovations industry. The experienced multifamily, hospitality and commercial renovation specialist has done everything from demolition work to drywall to asbestos abatement in the 15-plus years since attending college on the east coast, where he majored in sports management and played tight end for his school’s football team.

Once he returned home to Southern California he moved laterally on various jobs in the construction industry in order to increase his knowledge of the business. On the side, he also worked for his grandfather managing properties. And as Vice President for F. Roberts Construction, he performed multiple trades in-house on projects that ranged from renovations of multifamily complexes to historical restorations. “We performed demolition, abatement, drywall, texture, plumbing in-house for clients like Irvine Company and Equity Residential, and expanded into many different realms: HVAC, coatings, you name it,” he says.

Working on the Queen Mary “Like Peeling an Onion”

But none of the jobs were quite like renovating the Queen Mary. The retired British ocean liner primarily sailed on the North Atlantic Ocean from 1936 to 1967 and is currently docked in Long Beach, where it has operated as a floating hotel, attraction and event venue. The ship has long been classified as a building, which . “The Queen Mary isn’t like a Viking or Carnival Cruise ship. It’s different, and renovations on board are different,” Josh explains. Originally slated to require $500,000 worth of renovations, the project grew over the next year and a half to over $20 million.

He and the crew did everything—painting, teak deck replacements, putting small pools inside the ship, walkways, renovating historical rooms, entertainment pieces, and spending almost two years on 24/7 fire watch while it was under emergency ordinance to replace the fire sprinklers. “It was like peeling an onion, there were so many layers,” he recalls.

In the years since his crew finished working on the Queen Mary, Josh has been sad to watch neglect take its toll on the classic vessel. “It’s unsettling to see the condition that the ship is in now. I hope a new owner takes possession and renovates it to the condition it should be in.”

But he considered it a blessing to have been involved in the project. And he is certain he will utilize many of the skills he learned there on his new job at Pan American. While working on the Queen Mary, he constantly had to think outside the box, solving problems when there wasn’t a written set of instructions to follow given the nature of the ship, and strategizing what needed to be done with the resources available.

Getting On Board Pan American

Unlike the Queen Mary, Pan American Properties is a well-oiled machine that is cruising forward at full speed, Josh says. And he’s excited to work with its CEO, Rick Hoegler. “Rick is in the process of growing the business, not just talking about it. There is action behind his words.” Josh also shares the same family values that Rick does—a family man himself, Josh is married with three kids. And Josh likes the size of the company as well. “I’m not looking to be a cog in the wheel at a large company. I don’t want to be a number on a spreadsheet.”

The job will also give him the opportunity to move from the contractor side to the owner/developer side; and apply his background in business development and sales experience, as he will be running the customer service end, prioritizing customers’ needs and allocating his staff. “Problem solving, prioritization—all while educating the client. You have to utilize your talent as opportunities present themselves on a daily basis.” He looks forward to doing the job while being honest and straightforward with his reports, values he feels he shares with Rick.

“I welcome the challenge and the opportunity,” he says. And he’s happy to be the right-hand man. “I like the idea of playing Scotty Pippen to Michael Jordan.”

Are you planning some renovations for your property? Why not seek help from the professionals? Call us today at (888) 754-9700 or email us at cs@papinc.com to learn more. 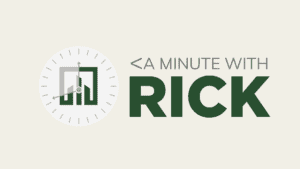 Less Than a Minute With Rick: Episode 20

In this NEW episode, Rick Hoegler talks about additional dwelling

Less Than a Minute With Rick: Episode 19

In this NEW episode, Rick Hoegler talks about renovations and 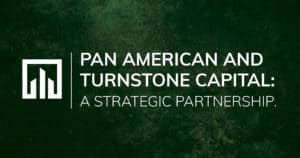 Investing can be risky business

Do the benefits of real estate investing outweigh the risks?